The Victory Flame symbolising the victory of India in the Indo-Pak War of 1971 reached Bengaluru on 20th February 2021. As a part of celebration, on 5th March 2021, the Parachute Regiment Training Centre displayed the Victory Flame before its departure to Coimbatore. Cpl. Jayaprakash G and Cdt. Afreen Khan of RCL were detailed to attend the event. The event culminated with the Brass Band Symphony by the Military Band of Parachute Regiment. Weapon display was also arranged as a part of the event. Two armoured gun trucks, rifle, guns, grenade, and other military equipment were displayed along with a detailed explanation provided by several SNCOs. The cadets got an opportunity to interact with officers about their journey and experiences. 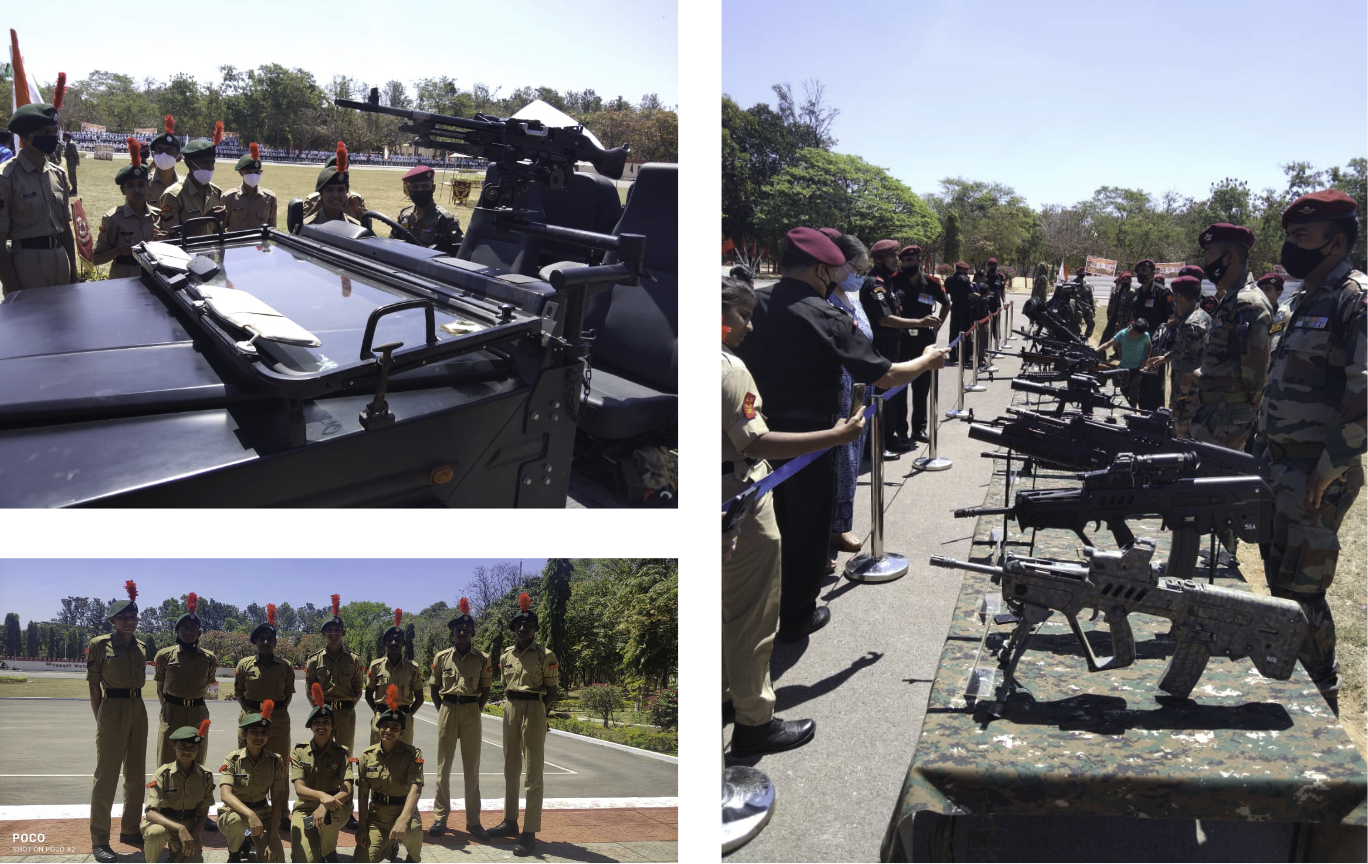