The lecture began with a formal welcome to all the participants by Ms. Sweta Kumari (Asst. Prof RCL). In her address, she welcomed all the participants and explained the aims and objectives of the RCL Electoral Literacy Club. She also emphasized the link between bureaucracy, and free and fair elections and the need to discuss the role of bureaucracy to achieve true government.

Prof (Dr.) Shyam Kishore delivered the official welcome address to welcome the guest of honor, Dr. Santosh Hegde. This was followed by the Presidential address by Prof (Dr.) Rose Varghese. In her address, she elucidated the crucial function of bureaucracy in a democratic governance system. She emphasized the multi-faceted role the political leaders play in the government and the need to ensure accountability and transparency in the system. She also shed light on the interface between the government and the election commission.

Subsequently, Ms. Aishwarya S Hanchate (Member, ELC) gave a brief introduction of Dr. Santosh Hegde. Dr. Santhosh Hegde obtained a degree in law in 1965 and enrolled as an advocate in the year 1966. He was appointed as the Solicitor General of India in 1998 and become a Judge of the Supreme Court of India in 1999. Subsequently, Dr. Santosh Hedge was appointed as the Lokayukta of Karnataka in 2006.

Mr. Santosh Hegde began with the history of separation of power in the Indian Constitutional system. He traced back to the constituent assembly debates to emphasize the need for separation of functions between the three organs of the State. He illustrated how education was deemed not to be a mandatory condition to be elected as a representative but was for executive administrators, to reflect on how the constitutionally envisaged roles of the political leaders and executive are different and require different kinds of competency. He also brought to the notice of the participants the 1960 Administrative Reforms Committee that suggested the formation of Lokpal for achieving good governance.

He remarked that the litmus test for a healthy democracy is not regular elections. He stressed the indispensability of an honest, independent, and transparent bureaucracy to ensure free and fair elections- which is the hallmark of a healthy democracy. He enumerated the seven principles of Lord Nolan a public servant must follow. He expressed his despair on the lack of ethics and morale in several public servants in the country.

He opined that the executive is vested with wide powers and the exercise of such power must be done with caution, for public welfare and dispassionately. He emphasized that though the executive is powerful they should be mindful of the prophetic words- “Be you even so high, the law is above you”.

He then drew the attention of the participants to the need to developing and inculcating ethics and morality among younger generations for a better government system for the future. He opined that greed is often the root cause for evils of corruption and poor governance, and consequently becomes a roadblock for conducting free and fair elections.

He remarked that the issues with elections and governance (including corruption) boil down to the greed of persons. He stressed the need to teach young minds of our country ethics and morality in schools and emphasizes the need for constant vigilance by society.

The vote of thanks was extended by Ms. Anupriya Chauhan (Member, ELC). She thanked Dr. Santosh Hegde for the enlightening and intellectually stimulating lecture. She also thanked the college administration and all others who contributed to conducting the lecture. Ms. Anupriya extended her appreciation and thanks to all the participants for their active participation. 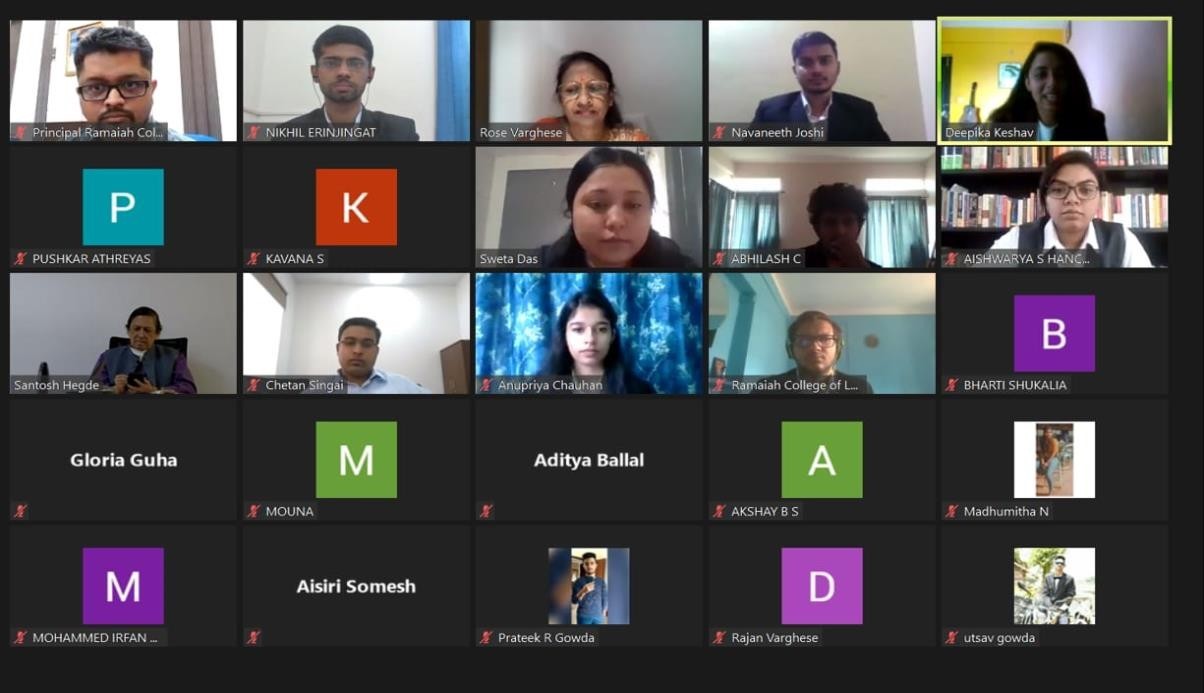 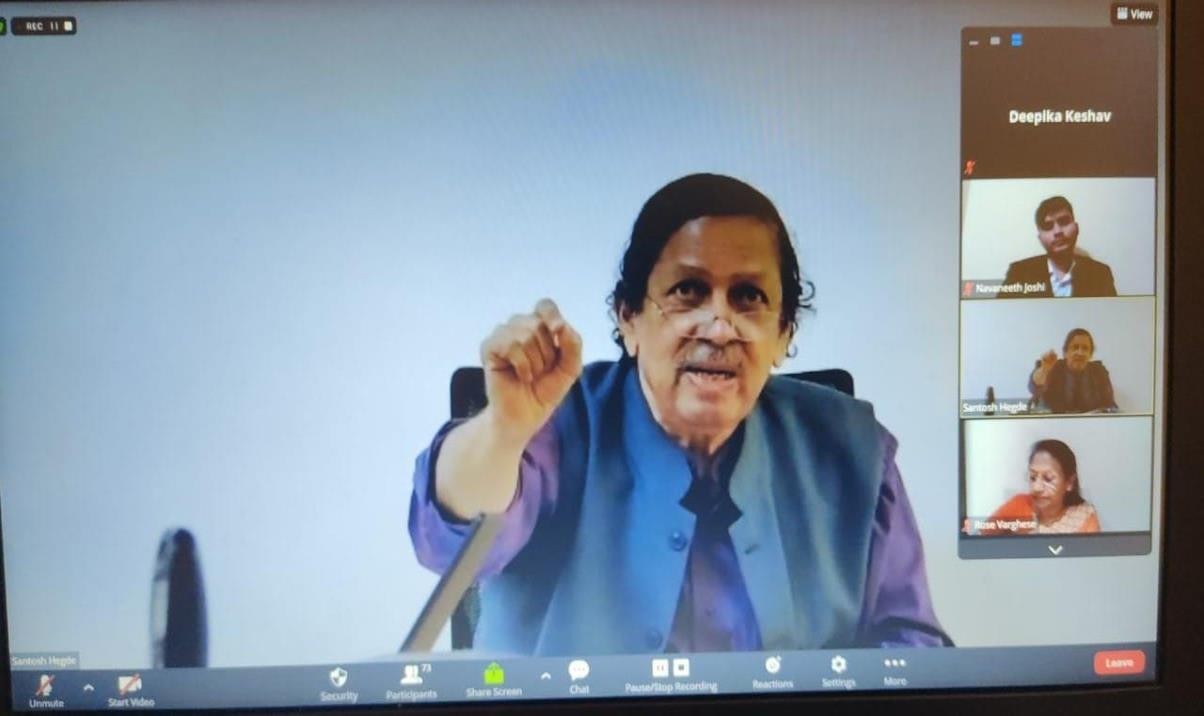