Furthering Socio-Economic Justice Through the Conciliation of Industrial Disputes

Furthering Socio-Economic Justice Through the Conciliation of Industrial Disputes 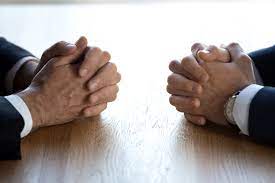 The Preamble to the Constitution of India secures to its citizens, social and economic justice, among other things. The terms social and economic justice broadly encompass the removal of socio-economic imbalance in the society by bringing about harmony between the rival claims of different groups in the social structure, thereby avoiding conflict and minimising inequalities. Article 38 of the Constitution necessitates the same to aid in the creation of a welfare state. Read with Article 39A1 , social justice would include legal justice, i.e., availability of an affordable, expeditious and effective instrument for realisation of justice by all sections of the people irrespective of their social or economic position or their financial resources2 . The present article discusses these principles in the light of conciliation as an effective mode to settle industrial disputes, providing justice to the workmen, and their claims.

The above ideals of socio-economic justice have been further carried into the Industrial Disputes Act, 1947 (“ID Act”). In fact, the object of the industrial relations legislation in general is industrial peace and economic justice3. The root cause of labour disputes are dissatisfaction in the economic conditions among the workmen, pushing them to demand for an increase in wages, etc. The labourer, being in a relatively weaker bargaining position, often finds it difficult to attain these goals himself. To balance this, and to prevent the employers from using their powerful position to exploit the workforce, the ID Act was enacted to make provisions for the investigation and settlement of industrial disputes. In dealing with industrial dispute, the doctrine of social justice is also to be considered4.

Settlement of Industrial Disputes through Conciliation

In order to achieve the ends of socio-economic justice in terms of speedy and efficacious resolution of disputes, the ID Act provides for certain out-of-court mechanisms to settle differences. These provisions have embedded the alternative dispute resolution system into the labour legislation. This is of crucial importance to industrial workers who are dependent on periodic wages from the employers for their living. As such, they will be heavily disadvantaged if a dispute prolongs. Moreover, they cannot afford to withstand the rigours of court procedure. With the already existing backlog of cases, as well as the high cost of litigation, settling disputes out of court provides quick and affordable dispute resolution.

One of the primary mechanisms in this regard is the Conciliation under ID Act. Conciliation under the Act is carried out in one of two ways: with the assistance of a single Conciliation Officer5(“CO”) appointed by the Appropriate Government; or through a Board of Conciliation6(“Board”) constituted on an ad hoc basis by the Appropriate Government. While the CO has both discretionary as well as mandatory duty under the Act to hold the proceedings, the Board can only function when a reference has been made by the appropriate government, regarding an industrial dispute, or the apprehension of one.

It is the duty of both these bodies under the Act to meet with the parties to the dispute, mediate and make efforts to bring about a settlement between them. To this end, they have the powers of a civil court for the purpose of enforcing attendance, compelling the production of documents, etc.7 Both the CO and the Board are required to submit a report to the Government if a settlement is arrived at, along with a memorandum of settlement signed by both the parties. In case of no settlement, a report of the failure shall be submitted to the Appropriate Government. While the CO is required to send this report within 14 days from the reference of dispute, the Board has 2 months for the same. However, this time may be extended on a case-to-case basis, depending on the progress being made.

The main aim of Conciliation is to bring about an amicable settlement and understanding between the disputing parties. Many times, decisions are taken hastily or due to miscommunication, and conciliation helps resolve this in a non-adversarial setting. Moreover, conciliation is a free and quick process to sort out differences as the parties incur no costs, and when used appropriately, it works as the best option to resolve disputes8. This is very important in the case of workmen, as they stand a chance to resolve their differences without having to spend on legal counsel or court fees.

Since conciliation is free from the strict procedure followed in Courts, disputes can be resolved quickly. It is flexible, informal and simple. It is the duty of the conciliator to infuse confidence in the parties and impress upon them that their problems are thoroughly understood9

The persons appointed as COs or the members of the Board are those who are familiar with the functioning of industries and their dynamics. Moreover, it is believed that the adjudicator or arbitrator cannot understand and appreciate the differences of the parties as well as they themselves can10

The above enumerated benefits of conciliation in industrial disputes, embody the principles of social and economic justice enshrined in the Constitution of India. Conciliation, being a free andinexpensive method of settling the claims of workmen, ensures the preservation of their socio- economic justice, preventing their exploitation and discrimination by the powerful. As this mechanism is here to stay, it would be prudent to educate workmen about the procedure and how to avail the benefits of the same. All-round promotion of alternative dispute resolution in light of socio-economic justice is possible when the position of COs are occupied by those who are sufficiently experienced with industrial relations, as well as with amicable resolution of differences. Therefore, speedy justice can be achieved, without incurring any monetary costs, through effective use of conciliation

To conclude, these words of Abraham Lincoln 11 capture the utility of alternative dispute resolution:

“discourage litigation, persuade your neighbours to compromise whenever you can. Point out to them how the normal winner is often a loser in fees, expense, cost and time.”.

7 A detailed appraisal of the powers and duties of the Conciliation Officer and the Board can be found in Sections 11-13 of the Industrial Disputes Act, 1947