Report of the Sensitization programme on POSH Act 2013

Report of the Sensitization programme on POSH Act 2013

As an IQAC, RCL initiative, the Centre for Women and Child Welfare Policy, RCL in collaboration with Internal Complaints Committee, RCL conducted the Sensitization Programme on “Prevention of Sexual Harassment at Workplace Act 2013; an overview, for teaching, non-teaching and other supporting staff members to sensitize on workplace behaviour on July 30, 2022. Under the guidance of Prof. (Dr.) Rose Varghese, Director (Academics), RCL and Dr. Omprakash, Associate Professor, Principal In-charge, RCL. The resource persons, Advocate. Ruth Thomas, Co-Founder of SRT Law Associates, Bengaluru and Advocate. Pooja Venkatesh, Legal Advisor & Administrator of Integrated Justice & Mercy, Bengaluru, elucidated the literal meaning of sexual harassment and the different types of it. The speakers also elaborated on the behaviours that constitute sexual harassment and the purpose of the POSH Act 2013 with various instances in both English and Kannada languages. In addition to that, the members of the Internal Complaints Committee, RCL were enlightened on the inquiry process of complaints in detail. 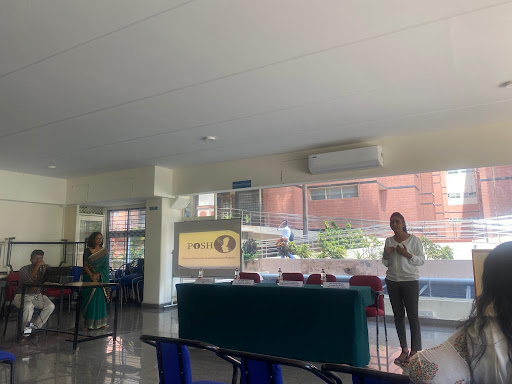 The objective of the programme was to sensitize the administrative staff on the following aspects: 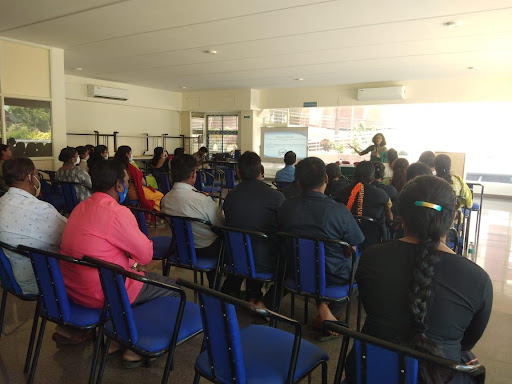 The purpose of the sensitization programme was to address prevention of such sexual acts that constitute harassment, prohibit and create awareness on the redressal mechanisms. The programme highlighted various methods of sexual harassment perpetuated to the victim such as physical contact, demand for sexual request/ favours, showing pornography or any other unwelcome physical.

The Resource persons also highlighted the provisions of the Act such as who are aggrieved employees who come under the ambit of the Act, the responsibility of the employer in instances where such acts are committed, what is meant by a workplace/ extended workplace and what should the victim do. The to-do acts consisted of actions such as acting immediately, reporting the matter, report the retaliation and so forth. The inquiry mechanism such as establishment of the internal Complaints Committee, the role of HR, action mechanism was also communicated. The programme also highlighted the effects of false allegations. Additionally, the constitution of the ICC was also explained.